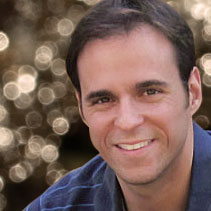 Experience is a teacher that gives you the test first, and the lesson last.

Hello! My name is Nick Medrano and I am a 40 year old graphic designer in St. Louis, Mo, specializing in front-end web development with over 17+ years in the industry.

In 2005 I started Organik, LLC, a design studio providing a full range of multimedia services. In 2011, I part of the business to pursue other ventures, but the experience gained from running the day-to-day operations, managing customers and subcontractors was an extremely valuable form of real-world business education.

In 2006 I created WW2inColor.com, a personal project of mine dedicated to help categorize the world's collection of WWII photos that were shot in color. As an avid history buff, I found the rare color photos of the late 1930s to mid-1940s fascinating. Little did I know that millions of people around the world would also find it interesting (it would go on to be the #1 WW2 photos site on the Internet)! The site was featured in several high profile publications including USATODAY and NEWSWEEK.

Wanting to put my skills to use in the public sector, I joined the U.S. Air Force Public Affairs Agency as a visual information specialist and worked on print design for AIRMAN MAGAZINE and web development work on AF.MIL, the official website of the Air Force.

I attended the University of Texas at Austin from 1998 – 2002 where I studied New Media & Film Production working on Hollywood films such as The Alamo (including a stint as an extra; dying twice on screen--once as a Mexican soldier and the other as a Texan defender).

"Thank you Nick Medrano for making We Were Soldiers a great success!"

Randall Wallace
Screenwriter of Braveheart,
We Were Soldiers

"...We realized the commitment Nick had to his projects"

"Nick - thank you SO much for the awesome web page. We are very grateful for your help in getting this done so fast!!"

Amy P.
Poured Out for Africa

"...one HELLUVA job! Hats off to the person who got it done. Way to step outside of the box, and design a site that's visually engaging. Great job!"

"[developed a] strong brand and a powerful sense of the Air Force.."

"I'm getting really good feedback about your work. Thanks again!"